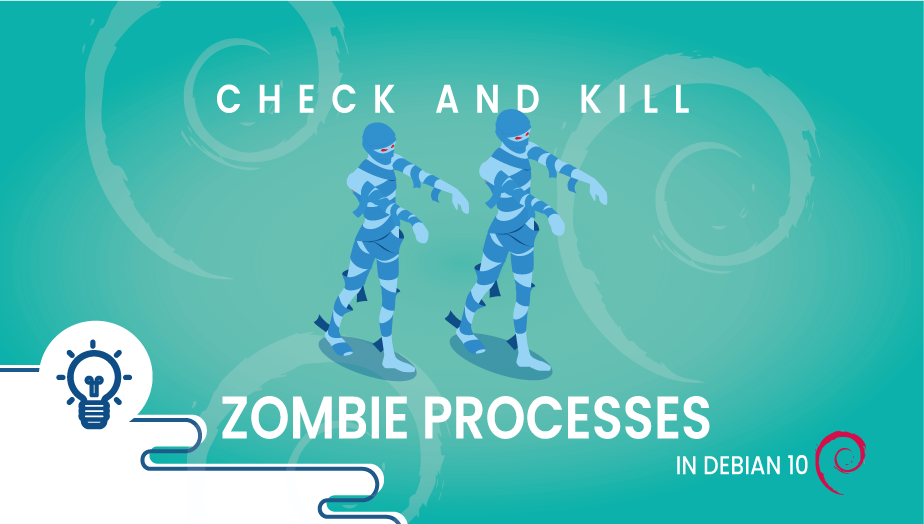 How to check and kill zombie processes in Debian 10

The term “zombie process” refers to a process that has been executed, but it has not yet been terminated but is in a “Terminated” state in Unix-based or Unix-like operating systems. As a result of the parent process reading the results of the child process, child processes often exhibit zombie behavior. So in this article, we will show you how to find and kill zombie processes on Debian 10.

Step 1: How to determine whether a zombie process is running in Debian 10

You can use the top command to see which processes are active on your system. Run the following command in the terminal

Upon discovering zombie processes, you can immediately proceed to step 3 to terminate them. When none are present, we will create a dummy zombie process and terminate it as an experiment.

The following code should be pasted into a text editor. This code was copied from vitux.com.

Specify zombie.c as the file name. In this code, a zombie process is created for 60 seconds. A time parameter (in seconds) can be specified in the sleep() function to increase the time duration.

Compile this program by running the following command:

Create a zombie process which will be active for sixty seconds by running the following command.

Step 3: Getting rid of zombies

Our previous creation of the zombie should be shown to you. Copy the parent process ID from the result (which will be the 2nd entry in the command result) and run the below command to kill the zombie.

Thanks for reading! I hope it was informative for you!