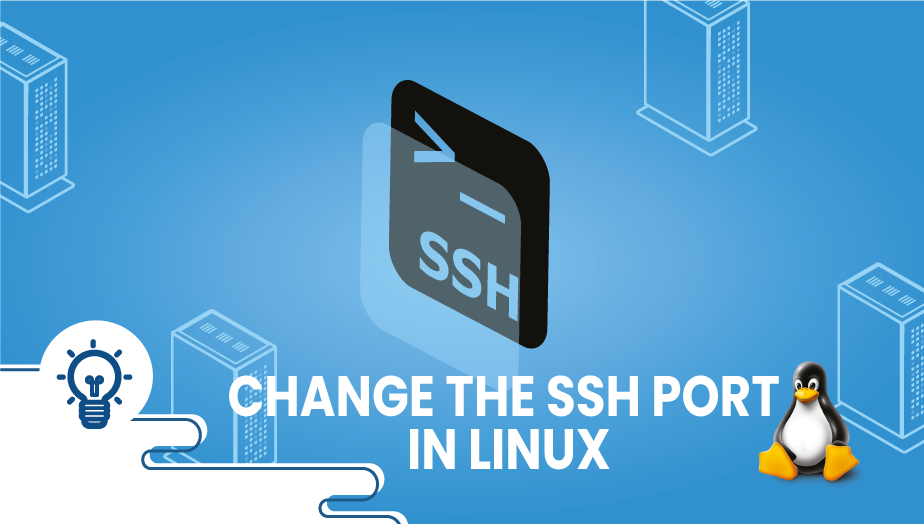 How to Change the SSH Port in Linux

“SSH” is an acronym for “Secure Shell”. This protocol makes it possible for a secure connection to be established with a remote server or system. In the sense of data transfer between the host and client, SSH is secure in that it encrypts the data. To simplify a bit, the client input is transferred to the host and the host output is relayed back to the client. The SSH protocol runs on port 22 of TCP/IP. Here, we will demonstrate how to change the SSH port in this tutorial, So let’s begin.

Step 1: Getting your Linux system up and running

VPSie offers a wide range of Linux distributions that you can choose according to your requirements. If you already have one, you can move on to Step 2.

Typically, Linux systems reserve port numbers below 1024 for their services. SSH can also be used on ports 1-1024, but it will be more effective if you choose a higher port than 1024. SSH service allows up to 65535 ports to be selected. 2244 is the port we are going to use for SSH. You may choose another port according to your preference.

Before changing your SSH port, you need to adjust the server’s firewall to allow the new port. It will then let traffic through the new port.

SSH default port are stored in /etc/ssh/sshd_config file. You need to open the main SSH configuration file for editing.

Within the file, search for a line starting with Port 22. You should enter your new SSH port after removing the hash #. It should look like this.

In CentOS or RHEL use the following command is required to restart it,

Run command to see if our new port is being heard by the SSH daemon,

Step 5: Using the new port to connect to SSH

When you use the SSH command with a new port, you have to specify the port number -p,

We have successfully changed the SSH port on your Linux. Hopefully, you have found this article useful and gained some useful information from it. Thank you for reading.