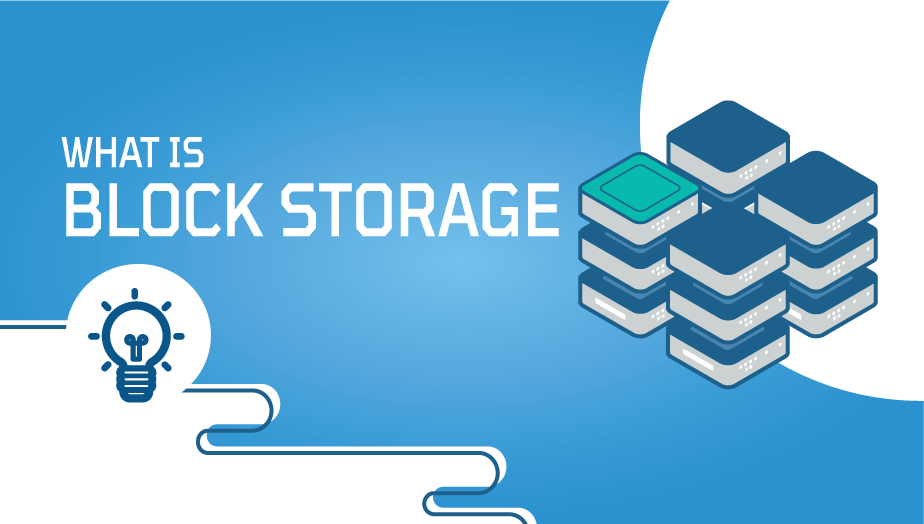 What is Block Stroge?

A block-based storage scheme involves individual volumes that act as hard drives, which are configured by a storage administrator.

In this tutorial, we will discuss the concept of Block storage

What is Block storage?

Data block storage can be used as a single hard drive on a server or computer. Like local storage, it operates in a similar way. Despite the similarities, there is one noticeable difference. In contrast to local storage, which keeps all data on your server, block storage takes that data and stores it in a centralized storage cluster that is both high-speed and redundant.

In the case of block storage, all communication takes place over the network. It is possible to assign a server almost any size volume, which can be accessed over fiber channel over ethernet or Internet small computer systems interface.

How does it works?

Using block storage, data is broken up into blocks and then stored as separate pieces with unique identifiers. Blocks of data are stored in the SAN wherever it is most efficient. Therefore, those blocks can be stored on several systems and configured to work on different operating systems.

Data can also be decoupled from user environments using block storage, enabling data to be stored across multiple environments. It creates multiple ways to retrieve the data and makes it easier for the user to find it. Upon request by a user or application, the block storage system can reassemble the data block and present it to the user or application.

Businesses can add enough block storage volume to meet their storage needs without sacrificing performance. The destination route can be changed in order to move blocks between servers.

SAN’s can be used to boot operating systems directly from block storage (if the BIOS allows it).

3. Modification of files is easy

Users can modify files in block storage by changing only the blocks affected by their changes. On the other hand, when storing a file or object, the file or the entire object must be overwritten.

As part of this article, we’ll examine Block storage with other storage as as well,

This form of storage is also known as object-based storage because it breaks data files up into objects. It stores these objects in a single repository, which spreads across multiple networked platforms.

Metadata handling is one of the key differences between object storage and block storage. The metadata of the data files stored within the object can be customized to incorporate additional details about the files. For example, metadata that comes with a voice file could provide information about where the recording was made, what device was used to record it, and even what subjects were recorded. Block storage limits metadata to basic attributes of files.

As a result of any change made to a file, a new object is created so block storage is best suited to static files that aren’t changed often.

Generally, it is associated with Network Attached Storage (NAS) or file-level storage, either of which is called file-based storage.

In contrast to block or object storage, file storage offers simplified configuration, but access to data is limited by a single path to the data, which can compromise performance. Additionally, file storage uses common file-level protocols, such as NTFS (New Technology File System) or NFS (Network File System). Dissimilar systems may not be able to communicate with each other effectively.

Our goal in writing this article is to give you an overview of Block storages and we hope this article has given you a better understanding.